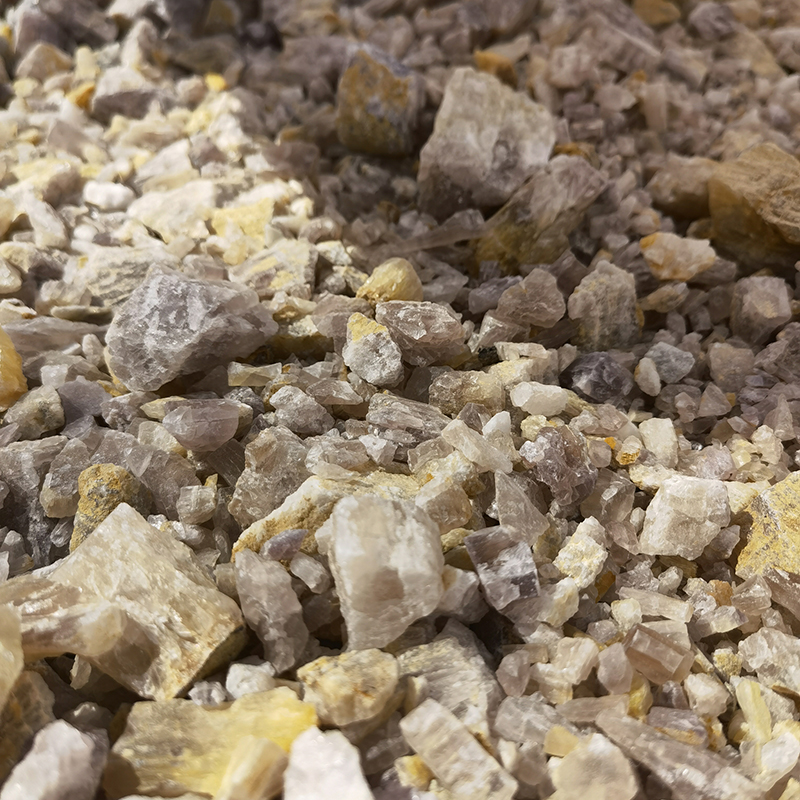 
Send email to us

Fluorspar is extensively used in various fields. For the traditional consumption fields, the consumptions by steelmaking industry, aluminum smelting industry and other industries (such as glass, glass fiber, cement, ceramics) respectively account for 25%, 18% and 5%.
Fluorspar, known as “industrial additive”, is often used as an additive in strategic emerging industries such as aerospace, semi-conductor, communications, environment protection technology and new energy. As one of minerals with the highest content of fluorine in the world, fluorspar (chemical formula: CaF2) is formed under several geological conditions such as lava, sediment and hydrotherm, characterized by wide distribution and large scale. By the end of 2018, global fluorspar reserves reached 310 million tons. Fluorspar has become the most important source of fluorine globally. Countries have attached great importance to emerging industries led by fluorine chemicals. Fluorspar, also known as “second rare resource”, has been listed as Strategic Mineral Resource by China, America, European Union, Japan and other countries and economies.

1. What is the minimum order quantity?
MOQ:25mt

2.What kind of payment method do you accept?
T/T or L/C are most used payment method, other way please contact our sales manager.

3.How about the shipping fees?
We can offer FOB, CIF. More details please check with our sales manager.

4. What is the quality of fluorite packing?
We can offer jumbo big bags. The big bags are made of high-quality polyethylene material, It is waterproof and UV resistant.

5.Can you provide fluorite in small packages
Yes, we can supply 100 kilos of fluorite per bag.

Write your message here and send it to us